We began by sitting in a circle and sharing where we are at, now after a year.
We were aware that the most important aspect of our 2nd. Meeting was communication
amongst ourselves, so quite a bit of time was spend in relaxed chatting and ceremony
(energetic communication).

For our first big ceremony Inaqiawa led a Welcoming Ritual outdoors, where we stood
in a circle around Earth, Water and Fire and each Grandmother expressed her gratitude,
longing and blessings. We welcomed water, soil and fire from our individual home
countries. Each Grandmother was welcomed in the circle by one of the grandmothers.
Those who were unable to attend were included at least by name.

In the afternoon Helga Langer led a Workshop “Leading to our Intention. We worked
hard on the formulation of our Intent. We took time to meditate, sitting in silence
turning inwards, waiting for our inner wisdom to become known. Each one present
then had time to express their thoughts. We collected “buzzwords” and “ideas which
were discussed in depth. It was agreed to “sleep on it” and review the situation the
following day.

In the evening, we shared a wonderful and powerful Workshop on “Building Community
with Helga’s voice/choir/ bodywork teacher, Imke McMurtie. We enjoyed relaxation
exercises, touched each other’s bodies, connected and communicated – eventually
beautiful through three songs.

We had an Open session to which the people of the communities around the area had
been invited, and also the local press. Helga had prepared the ground, having been
very active in publicising the event via a newspaper article, a radio interview and sessions
with children in two schools

There was a very proactive well-prepared journalist, who asked important questions.
It was clear to everyone that this type of session is very important, both for the public
and for us. It confirmed for us how much we, as “grandmothers”, are needed; how
important the work is that we have set out to do.

There were many very emotional moments. Much gratitude was expressed by those
present and special links for the future were made! It became clear to us, that opening
the circle to the world is necessary and should proceed; but slowly, in stages. This was
a beautiful start of this process!

In the afternoon, our effort was directed towards the future of the circle. There was no
doubt we want to continue as a Council. Having finalised the a draft of our “Intent”
(See Appendix 1), we moved on to discuss how long would be required for the gestation
and birthing of the next meeting. Following a voting process, we decided it should be
9 month.

Everyone was delighted when Vibeke our grandmother sister from Norway invited us
to Trondheim, Norway. A date was chosen: 22nd – 25th June 2017.
Publicity and finances were then discussed. It was noted that we need a website, it
costs money! Irene, our grandmother sister from Switzerland very generously offered
to pay for the creation of a website, to honour a legacy of her parents. Honouring the
ancestors was a theme that cropped up again and again.

In the evening Monika Abendroth gathered us around a sacred fire, outdoors and we
expressed our gratitude and asked for blessings of the power of Transformation… Monika
accompanied us on harp and created Divine sounds. 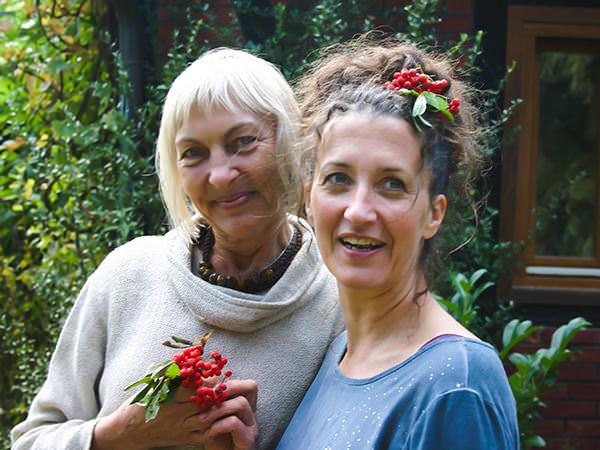 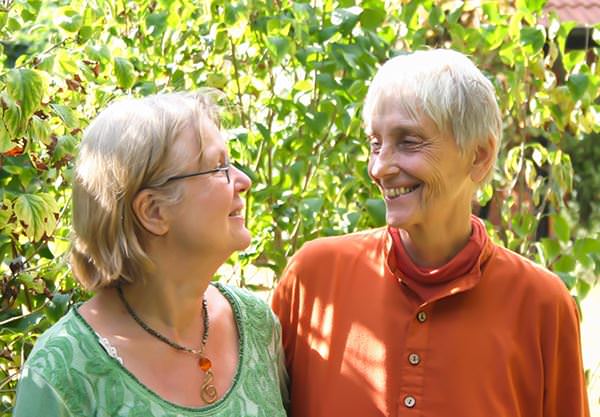 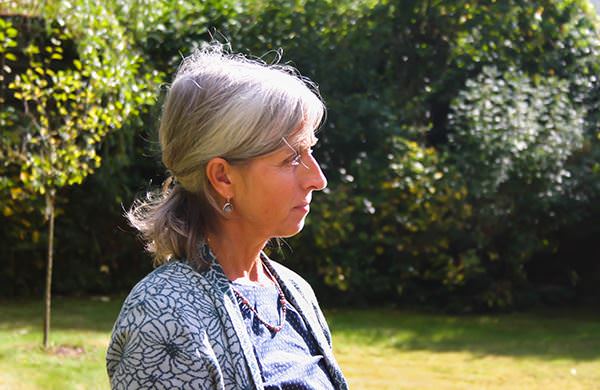 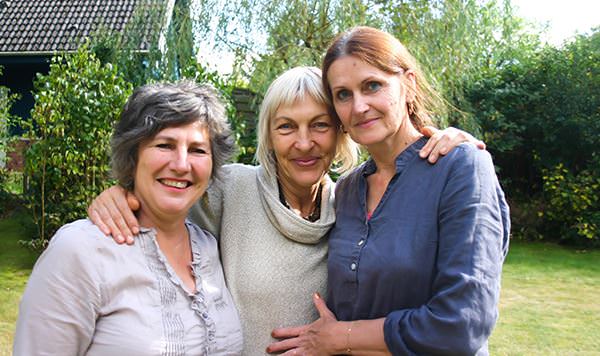 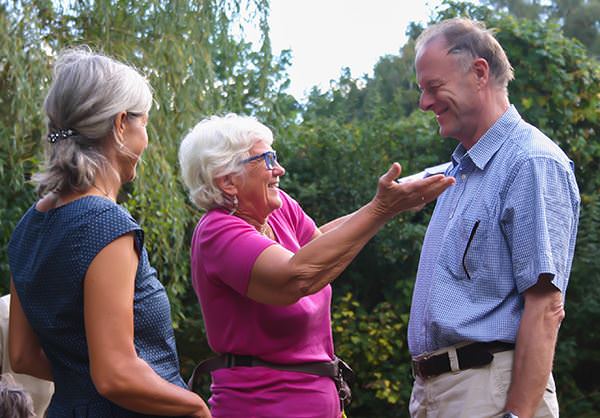 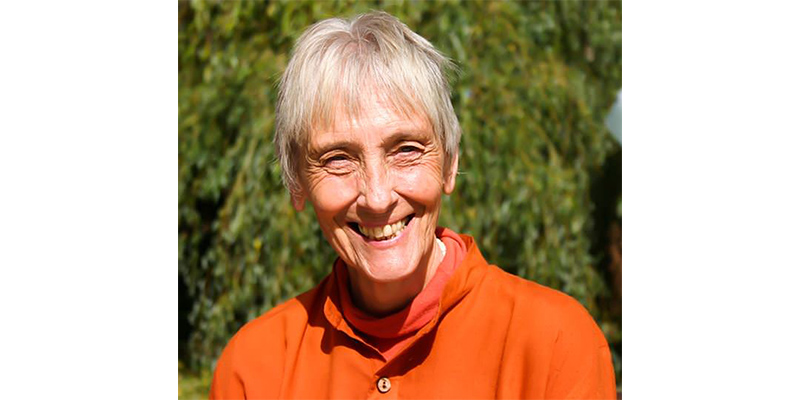 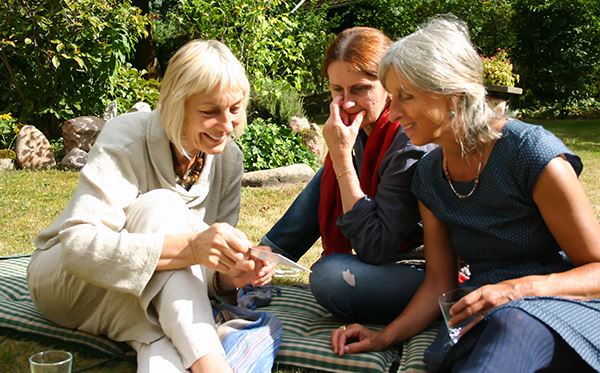 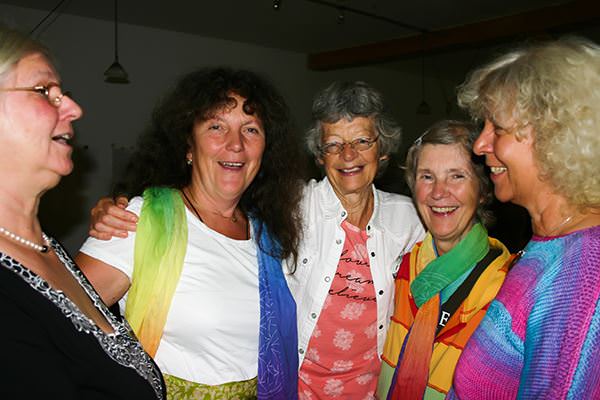 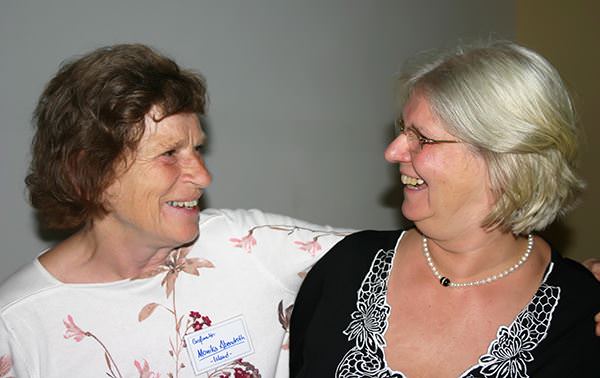 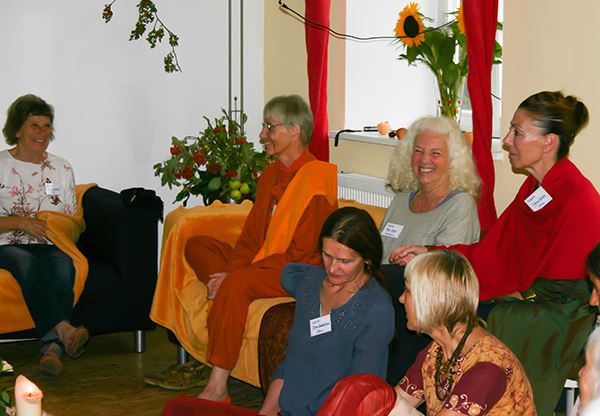 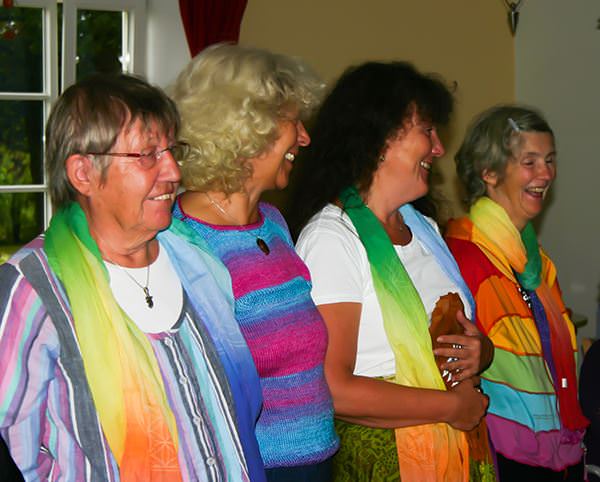 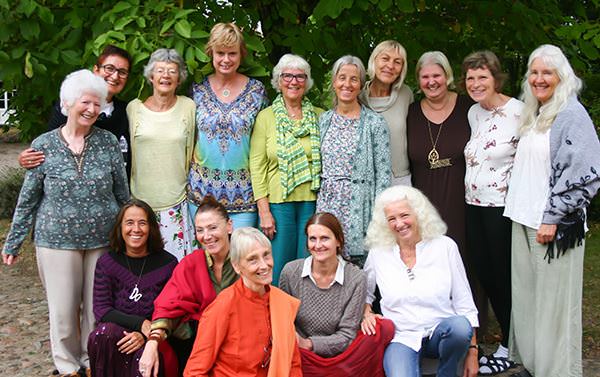 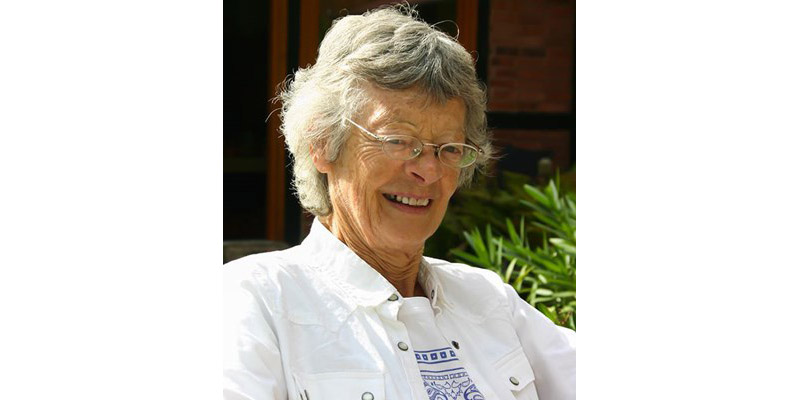 We had a voluntary open session with Guests presented by Helga at her home. The
Theme was “The Importance of the Grandmothers in Family and Community Life.”
Comment from Swami Nitya.

Many people expressed how this second meeting differed from the first. It resembled
a family meeting; – getting together with people we had shared/lived with over time.
There was a great feeling of familiarity with each other. We did achieve our aim of
becoming closer. We are knitted together closer. We have become a true Council of
Sisters, and that includes those who were there, “only” in their subtle body! With
confidence we continue.

First Draft Intent of the Council of European Grandmothers

We come together in the shared understanding of the Oneness from which allcreation stems.

We are aware that we live in a world that needs the life affirming values of Compassion and Love re-awakened
We intend to re-discover and retrieve the timeless wisdom that resides deep in each of us and to share this wisdom with our world, especially with the next generations
Our aim is to contribute to revive the awareness of the deep relationship with Nature

WHAT DO WE WANT TO ACHIEVE

WHY DO WE DO THIS?

HOW CAN WE WORK?

FOR WHOM DO WE WORK

HOW CAN WE COOPERATE

WHAT DO WE NEED

WHO DO WE WANT TO REACH

Work with – be a voice for

We need to be human and an example for the surroundings.

Have to listen to higher guidance to solve problems of today

Collect rubbish from the seaside to help waters and animals (whatever happens to the earth happens to us as we are a part of her).

Become who we are (respecting the 5 elements)

We are the voice of the voiceless.

We want to serve humanity to balance female and male qualities.

Whatever we do we radiate by it and do it with love.

Trust and remember the Spirit.

This website uses cookies to improve your experience while you navigate through the website. Out of these, the cookies that are categorized as necessary are stored on your browser as they are essential for the working of basic functionalities of the website. We also use third-party cookies that help us analyze and understand how you use this website. These cookies will be stored in your browser only with your consent. You also have the option to opt-out of these cookies. But opting out of some of these cookies may affect your browsing experience.
Necessary Always Enabled
Necessary cookies are absolutely essential for the website to function properly. These cookies ensure basic functionalities and security features of the website, anonymously.
Functional
Functional cookies help to perform certain functionalities like sharing the content of the website on social media platforms, collect feedbacks, and other third-party features.
Performance
Performance cookies are used to understand and analyze the key performance indexes of the website which helps in delivering a better user experience for the visitors.
Analytics
Analytical cookies are used to understand how visitors interact with the website. These cookies help provide information on metrics the number of visitors, bounce rate, traffic source, etc.
Advertisement
Advertisement cookies are used to provide visitors with relevant ads and marketing campaigns. These cookies track visitors across websites and collect information to provide customized ads.
Others
Other uncategorized cookies are those that are being analyzed and have not been classified into a category as yet.
SAVE & ACCEPT
Powered by